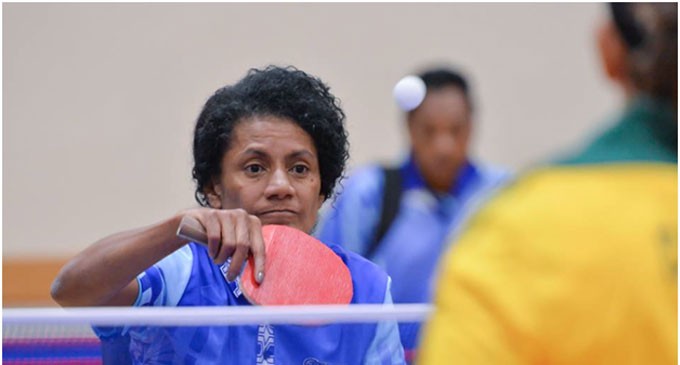 This was after she performed well during the Oceania Para Table Tennis Championships in Bendigo, Australia on Friday.

Rodan, who has only been playing the sport for six months, had an impressive outing after defeating Australian number one Rosalie Turnbull in her final round robin match.

If she qualifies after the last elimination round, next year, Rodan will become only the second Fijian to qualify for the Paralympics following Assistant Minister for Youth and Sports, Iliesa Delana who qualified and became the first Fijian and Pacific Island Paralympic gold medalist.

“She’s playing against the best from around the region and to accomplish this is huge,” Ho said.

“Even more impressive is that she’s only been playing for six months so it’s really big achievement for her and for all of us.

“I think she’s setting the platform for other disabled people and proving that they don’t have to be limited by their disabilities and they can achieve anything.

“This has also set her up well to be one of the favourites for the 2015 Pacific Games.”

“She’s proving to be a very good example that other disabled people can look at and see that despite her being in a wheelchair, she can participate in sports and do well at it.

The team travels to Melbourne after the tournament for training and return on Friday.